In the absence of good sexual health, the physical and emotional state of the person can become disturbed, potentially leading to various infections and diseases. One such condition is HIV. This condition is life-threatening and can affect the personal and social life of those who have it.

Learn more about HIV with these 3 common myths and truths about the condition.

HIV, or human immunodeficiency virus, is a life-threatening infection that weakens your immune system. When left untreated, HIV can develop into AIDS, or acquired immunodeficiency syndrome.

What are the symptoms?

The peculiarity of HIV is that, although it is a deadly disease, the early symptoms are mild. Because of this, the infection might go undetected at an early stage. Symptoms also vary between men and women.

Few people develop symptoms that are common for flu-like fever, headache, tiredness, and rashes. These symptoms disappear after a few weeks. Rashes can appear all over the body or particularly in genitals, anus or mouth. If such rashes appear and you fall under the high-risk group, it is advisable to seek medical help.

Those with HIV are also more prone to other types of infections. Few of the diseases that are common among HIV people are TB, pneumonia, and vaginal candidiasis. Infection also appears in the eyes, brain, lungs, and kidneys.

It also affects the lymph nodes. These are located in the neck, arm pits, and groin. When a person is infected with HIV, their lymph nodes swell up, resulting in swollen glands.

Common myths and truths about HIV

Since HIV is a fatal disease, there are various myths associated with it. Here are a few of the myths and truths surrounding the condition.

You can get HIV from touching, hugging, or kissing a person.

HIV is transmitted from one person to another through certain bodily fluids. It spreads is through blood, vaginal discharge, semen, and breast milk. Only if these bodily fluids get inside the body of another person will HIV be transmitted.

Few of the acts through which HIV transmits are having unprotected sex, using the infected needle of someone with the condition, and accepting blood from someone with it. HIV can also spread from a mother to a child by birth or while breastfeeding. Touching and kissing will not result in the spread of HIV.

You can look at a person, and know whether or not they have HIV.

You cannot say whether or not someone has HIV just by looking at them. This is because the symptoms are mild and similar to the symptoms exhibited by common infections. Once HIV infects a person, it will take 2-4 weeks for the symptoms to appear. This period is called the latency stage. Within this period the immune system of the body brings the symptoms under control. This stage can last for years. Thus, a person can have HIV without any symptoms for many years.

HIV and AIDS are the same.

HIV is an infection, whereas AIDS is a condition that develops as a result of contracting HIV. When HIV develops into stage 3, it causes enough damage to your body. This is when you are said to have contracted AIDS. The most common conditions found in AIDS are pneumonia and tuberculosis.

Because of the advancement in medical science, HIV is detected even before it reaches the final stage. Thus, it is necessary to get treatment as quickly as possible. An HIV infected person lives for long years even without contracting AIDS.

If you had unprotected sex with an infected person, shared a needle with the, or accepted blood from them, then you are at high risk of contracting HIV. The best way to rule out the infection is to get tested. This way you can detect infection at an early stage and get treatment for the same.

Do not ignore the symptoms of this treatable condition. For more information on HIV testing or treatment, contact ARcare today at (866) 550-4719. 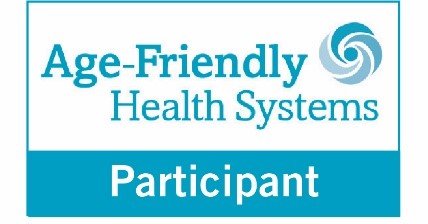